by Kanji Ishizumi (international lawyer) It is not ‘AbenoMasks’, but the Japanese tradition that kept the coronavirus death toll low. An objection to foreign media's wonder for Japan's result for the coronavirus threat. 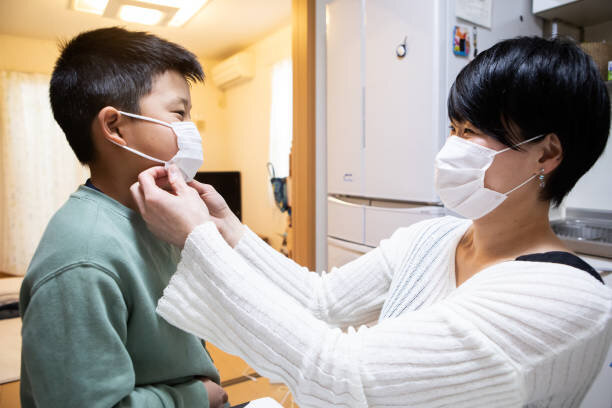 Licensed by Getty Images
Despite the huge number of Chinese tourists who were in Japan during January and February this year, the country still has a very low death toll from novel coronavirus.

One could argue that it is just a matter of time until developments in Japan mirror those in Europe and America. One could also argue that Japan just does not perform as many PCR tests as the West does.

On the other hand, one might assert equally reasonably that, rather than adopting the test-trace-treat policy, Prime Minister Abe just distributed two defective masks to every household in the country!
That said, in judging whether or not one country is more or less affected by coronavirus than others, it would seem fair to compare the respective death tolls in terms of differences regarding PCR testing and T-T-T policies.

At present, though, there is one indisputable fact: the death toll from coronavirus in Japan is still very low compared with that recorded in the West.

Below I outline some of the reasons why Japan is experiencing such a low death toll from coronavirus.  I strongly believe that Japanese social and cultural traditions comprise the main and probably decisive factor in this situation.  It definitely has nothing to do with the distribution of ‘Abenomasks’!

1. The habit of wearing masks in trains, buses, offices, stations and other public places, which has been in evidence throughout the nation since long before the coronavirus outbreak.

2. The custom whereby people greet each other by bowing deeply without shaking hands, hugging or kissing. Bowing deeply by bending one’s upper body, thus naturally maintaining a distance of at least two meters from the other person, as well as uttering one’s greeting while facing downwards – this custom is most prevalent among elderly people.  This factor has contributed most to the low death toll among elderly people in Japan.

3. The tendency not to speak with people one does not know when in a queue or in a public facility such as an elevator.

4. The tradition of not speaking loudly at parties or other social gatherings.  Japanese people tend not to have parties at their homes because their houses, and hence their living rooms, are not big enough.  There used to be the perception in the West that Japanese lived in “rabbit hutches”, but at least such circumstances have enabled Japan to avoid the spread of coronavirus at parties held in people’s homes.

5. The custom of covering the mouth with one’s hand so as not to show one’s teeth when speaking or laughing. In the West, white and even teeth are a symbol of health or wealth.  In Japan, by contrast, the unique practice of ohaguro , whereby the teeth are dyed black through a traditional process, existed until recently.  Having one’s teeth dyed black used to be something of a status symbol in Japan. Along with Japan, it was also a common practice in some other countries including the Philippines, Laos, Vietnam, Thailand, India, and China. Ohaguro has a long history which dates back to before the Heian Period (794-1185). Indeed, traces of dye on recovered bones and teeth have been discovered from the Kofun period (250-538). During

the Edo period, which spanned the years from 1603 to 1868, it was also practiced by the most senior men in the aristocracy and by men who had imperial links. For those highly-ranked people it was considered to convey the message “I never serve but one master”, and therefore it was regarded as rude to open one’s mouth widely to conspicuously show one’s social status and loyalty in speaking to other people. This custom of not showing one’s teeth even if they are even and white still survives in contemporary Japan even though Ohaguro as a formal practice has more or less disappeared.

6. Wrapped food on display at convenience or supermarket stores, which supply most of the daily food for the entire population.

7. The entrenched tradition of maintaining social distance to show respect and to enjoy tranquility, for instance as evident in tea ceremony seating arrangements.

8. The custom for Japanese ladies to cover their mouths with a fan or with the hem or train of their kimono when coughing, sneezing or laughing.

By Kanji Isaac Ishizumi, a commentator on economics and politics  May 20, 2020